One man against an armadaLondon, 1798. Late one night, a junior naval officer at the Admiralty intercepts a coded despatch, marked with blood: Napoleon Bonaparte is about to launch the largest invasion fleet in history. Target: unknown.England is vulnerable, bereft of allies, and the Sea Lords fear a direct assault on Britain. Admiralty Intelligence sounds the alarm and prepares to unleash Nelson and the Mediterranean squadron.But before they can, they need vital information. They need a special officer to infiltrate by land or by sea to uncover the destination of Napoleon's armada a man who never stops.Marine Lt William John Hazzard.But will he agree to help them?Betrayed by the Admiralty at the African Cape three years earlier, Hazzard has vowed never to trust them again. Bitter memories poisoned his return home, and his devoted fiancé Sarah, unable to bear his pain any longer, disappears in Naples never to be seen again.But the Admiralty knows just how to get him back.They know where Sarah is, and her life is in danger!From pitched sea-battles to back-street duels in a covert war, this is the epic adventure of the new hero of Napoleonic fiction: Hazzard. Perfect for fans of Seth Hunter, Bernard Cornwell and CS Forester.Never give up the boat.-Jonathan Spencer is from south-east London, the great-grandson of a clipper-ship captain who brought tea from China. He served in the Canadian army, studied ancient and modern history, and has lectured at universities and private associations on the subject of Napoleonic Egypt. He writes historical non-fiction under the name Jonathan Downs, his major work a revised account of the British acquisition of the Rosetta Stone, Discovery at Rosetta, (London 2008; Cairo 2020). He speaks several languages, has trained with the former Russian National fencing coach, and has lived and worked abroad all his life. He currently lives in the Western Cape in South Africa.

B. J. Harrison Reads The Aunt and Amabel (EN)

The Boatman and the Boy (EN) 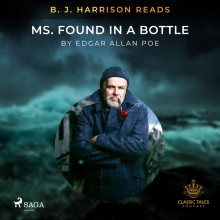 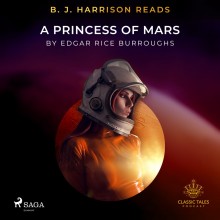 B. J. Harrison Reads A Princess of Mars (EN)