Eleven-year-old Penrod Schofield and his wistful dog Duke go on a hilarious romp through turn of the century Indianapolis. "Penrod" (1914) chronicles his life, loves, and mostly the trouble he gets into. His adventures in pre-World War I Midwest have been likened to those of Tom Sawyer (Mark Twain), and this first collection of comic sketches by Booth Tarkington was followed by two further episodes: "Penrod and Sam" (1916) and "Penrod Jashber" (1929). 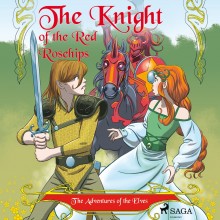 The Adventures of the Elves 1 – The Knight of the Red Ros...

The Enchanted Castle 12 - The Valley of Trolls (EN)

The Enchanted Castle 3 - The Enemy of the Fairies (EN)